Where does seedless watermelon come from? 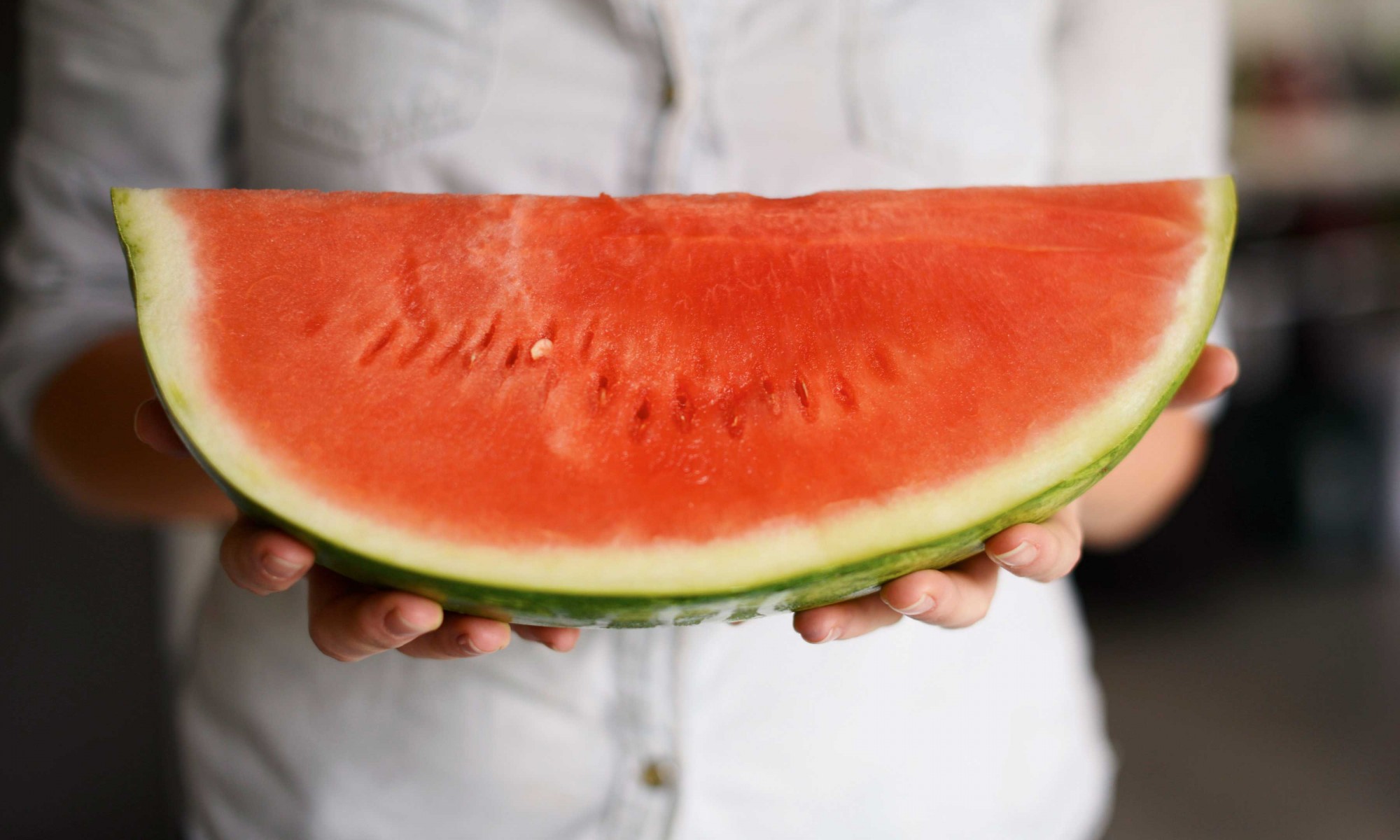 Watermelon is a summertime staple, and more prevalently we’re seeing it available in our grocery stores all throughout the year. Delightfully and deliciously, we can have our watermelon as much as we like and as often as we like. Seedless watermelon has made our lives easier, adding to the convenience of taking watermelon on the go as a snack or a refreshing post-workout fuel but also adding to the versatility we now have to play with watermelon in a huge variety of recipes.

But the question is frequently asked (and often incorrectly assumed) about where seedless watermelons came from?

Seedless watermelons were invented over 50 years ago, and they have few or no seeds. When we say seeds, we are talking about mature seeds, the black ones. Oftentimes, the white seed coats where a seed did not fully mature are assumed to be seeds. But this isn’t the case! They are perfectly safe to swallow while eating, and don’t worry – no watermelons will grow in your stomach despite the old wives’ tale.

In other words, a seedless watermelon is a sterile hybrid which is created by crossing male pollen for a watermelon, containing 22 chromosomes per cell, with a female watermelon flower with 44 chromosomes per cell. When this seeded fruit matures, the small, white seed coats inside contain 33 chromosomes, rendering it sterile and incapable of producing seeds. This is similar to the mule, produced by crossing a horse with a donkey – simple cross-breeding. And to be clear on the subject, this is not genetic modification. Cross-breeding is two parents and their offspring.

We contacted some of our seed friends to get you the best answer. Here’s what we learned about what country invented seedless watermelons.

Professor H. Kihara from Japan published an article in 1951 on “Triploid Watermelons” in the Proceedings of the American Society for Horticultural Science volume 58, pages 217-230.

More interesting is how and finally this work got published. O.J. Eigsti, who was one of the leading researchers in the United States, was credited with helping to develop the seedless watermelon in the United States and collaborated with Kihara in Japan. Eigsti was one of the founders of “American Seedless Watermelon Corporation” that developed “Tri-X 313” and several other seedless varieties.

Took over 20 years to start the development of the commercial industry we know today from when this first started in 1951.

The pollen is from a diploid plant (2N or 2 sets of chromosomes). The flower is from a tetraploid so it is 4N (4 sets of chromosomes). Each contributes 1/2 of its chromosomes to the resulting fruit: 1N and 2N or 11 from the pollen (which undergoes meiosis to form the pollen grains) and 22 from the female (the egg has also undergone meoisis), creating a triploid seed with 33 chromosomes. The triploid plant will grow and bloom, but the pollen produced on male blooms will not form a viable fruit with the female blooms, so diploids have to be planted with the triploids to provide pollen.

Are the health benefits the same as with a seeded watermelon?

Hello Gina,
According to the USDA FoodData Central (previously known as the USDA Nutrient Database), the nutritional health benefits for seeded are not differentiated from seedless watermelon. The singular listing of “watermelon, raw” is what we use to populate the FDA nutrition label, similar to the FDA nutrition lables we see on our packaged, fresh and frozen foods. Here is the link https://fdc.nal.usda.gov/fdc-app.html#/?query=watermelon,%20raw.

I have seen “seedless watermelon “ seeds at the store. Would I have to plant both the seeded and seedless in my home garden to get the seedless variety?

Thank you for the question, Jan. And yes, a seedless watermelon flower needs to be pollinated by a seeded flower, it’s this crossbreeding that creates the hybrid, sterile seedless watermelon. There are also pollinator melons that some growers use commercially.

What do farmers do with the regular watermelon they grow since it seems less popular and since seedless make up the bulk of watermelon in stores? Is it destroyed or is there a market to sell seeded watermelon and/or their pulp?

All watermelons are harvested from the field, and yes there is still a market for the seeded watermelon. While 10% of the market is made up of seeded watermelon as-is, some are used for processing into juice or concentrate.

Referring to the April 16, 2020 message, you stated,” Each contributes 1/2 of its chromosomes to the resulting fruit: 1N and 2N or 11 from the pollen (which undergoes meiosis to form the pollen grains) and 22 from the female (the egg has also undergone meoisis), creating a triploid seed with 33 chromosomes. If the “egg” from a normal flower also undergoes meiosis, it would also have 11 chromosomes just like the pollen, and the hybred would be a normal diploid plant 11 + 11 = 22. What is unclear here is that the egg must comes from a flower on a plant that is quadraploid (wherein each cell has 44 chromosomes).
As I understand it, the egg comes from a normal (diploid) female plant that has been treated with a plant hormone that interferes with separation of the chromosomes during meiosos, and the egg of such a plant ends up with 22 chromosomes.

Thank you for the comment, Gerald. We conferred with our plant research specialists to further provide additional resource information. Seedless watermelon is a hybrid of two inbreds, where the male parent is a diploid, and the female parent is a tetraploid. The tetraploid is produced by doubling the chromosome number of the original diploid. Going from diploid (2 sets of chromosomes, or 2 x 11 = 22) to tetraploid (4 sets) can happen spontaneously. The polyploid frequency can be increased using colchicine (a natural compound from autumn crocus) or other chemicals.

Are watermelons good for cats and dogs? I think they deserve something else to eat but.. I’m not really that good with figuring out what they eat and what they don’t eat

Yes! Watermelon is a safe food for all animals, including cats and dogs. We suggest giving them just the fruit part, not necessarily the rind. If you search online for ‘watermelon pet treats’ you’ll find an array of DIY recipes for them!

I may be in the minority, but I find the flavor and texture of seeded watermelon to be far superior to seedless. Seedless watermelon seem tougher or more dense. I find the underdeveloped seeds more annoying than mature seeds that I can simply spit out. Give me a good vine ripened non cross bred watermelon.

The small white “seeds” in a seedless watermelon are actually just empty seed coats. They will never produce seeds, although watermelons may contain a couple of fully developed, hard, dark brown seeds. There is no way to tell if a watermelon won’t have the occasional “seed” before cutting it open.