Which City is the Real Watermelon Capital of the World? 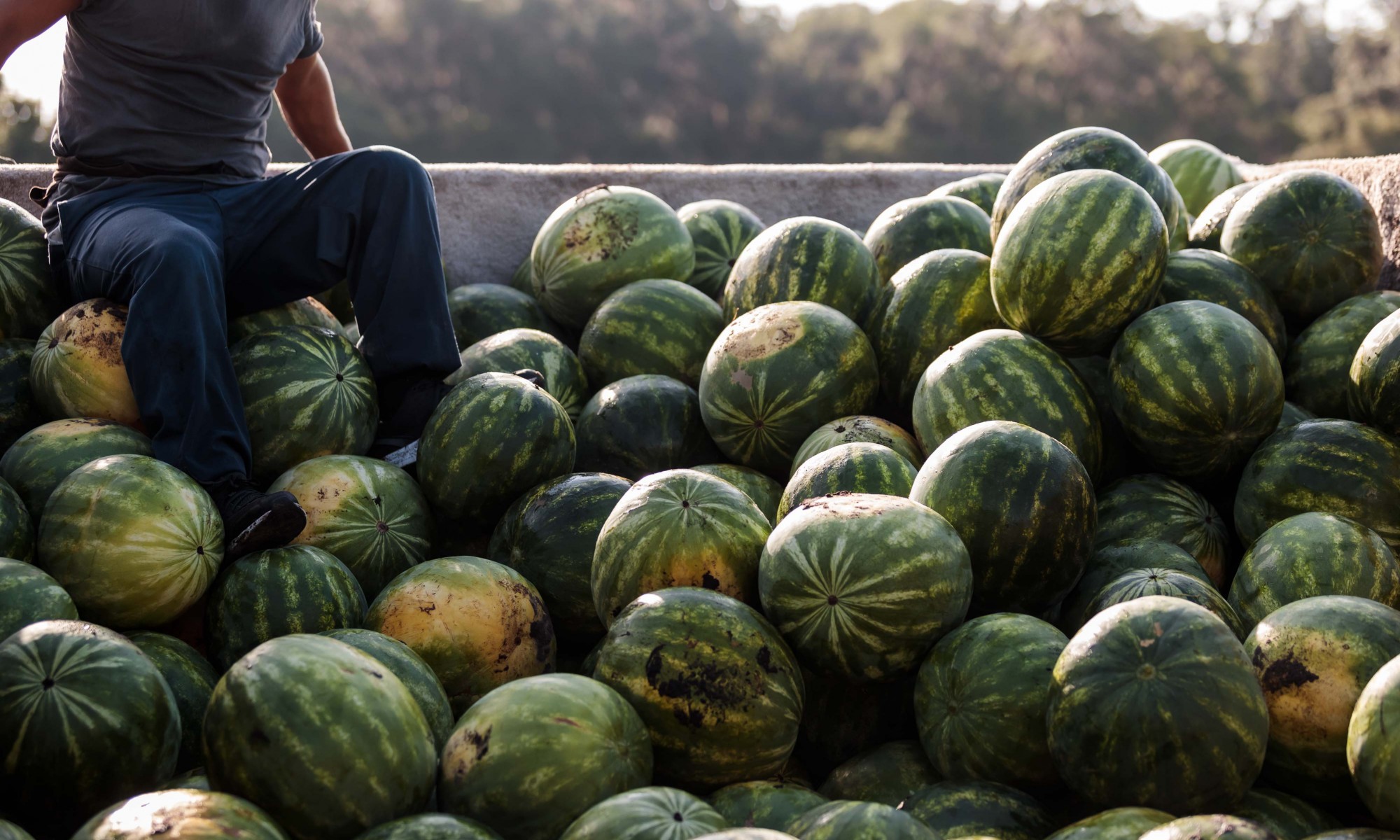 But which city would you need to plug into your GPS to travel to the “Watermelon Capital of the World”? That question is a little harder to answer.

Turns out, seven U.S. cities call themselves the center of the watermelon universe, and all of them have good reasons for laying claim to the title. Oh sure, other foods have multiple cities locked in a battle for the capital crown, but when it comes to watermelon, the sweet battle is the fiercest in the nation.

Here’s a look at each “Watermelon Capital of the World,” along with what makes them deserving of the name. Which one is most deserving of the title? Leave a comment with your thoughts to help settle this debate once and for all!

HOPE, ARKANSAS – Hope has a lot to brag about. Besides being the birthplace of former President Bill Clinton, it’s also where some of the world’s largest watermelons are grown (including a then world record holder in 2005). The town holds an annual watermelon festival and even features watermelon in its municipal logo along with the Hope slogan, “A Slice of the Good Life.”

WEATHERFORD, TEXAS – The north Texas city was once one of the state’s biggest watermelon growers (not so much anymore) and once featured an oversized watermelon sculpture outside its courthouse.

GREEN RIVER, UTAH – The tiny town of Green River (population 929) may not be big, but it is home to the “World’s Largest Watermelon.” The old wooden wedge is kept in storage in a hangar in the Green River Airfield and makes appearances at events like Green River’s annual Melon Days Festival.

RUSH SPRINGS, OKLAHOMA – Rush Springs fulfills all of the usual “Watermelon Capital” requirements. Grow a lot of watermelon? Check. Got a big annual watermelon festival? Check. Actually, that last one is a big check. The Rush Springs Watermelon Festival is one of the state’s most popular festivals, attracting more than 20,000 visitors and serving nearly 50,000 pounds of watermelon each year.

what about smith county, mississippi??

Yes what about Smith County Watermelons? They are wonderful!

Pageland South Carolina is the ONLY Watermelon Capital. Thanks.

no, it is Rush Spring Oklahoma.

No cordele ga b

I have to agree with you, Tiffany. If not for Rush Springs being a town of 1,000 out on the Chisholm Trail and lacking the marketing horsepower of other locales, I believe that its claim as the WCOTW would hardly be contested. Unbelievably prolific tradition of watermelon production and a great annual festival to show it.

You got it right.

is it true that Spokane valley in Washington state used to grow watermelons ?

Hermiston, OR is the true capital of watermelon

That’s what I was looking for 😂

You’re absolutely right about Hermiston, although most Easterners and Southerners have never heard of it. Mass production doesn’t equal excellence.

LMAO, the true watermelon capital of the world is Smith County, Mississippi.

Nah Leah just go to rush springs and find out.

Keep the comments coming! Where is your watermelon capital?

Dilley, Frio County, Texas is the True Watermelon Capital of the World!

Hagerman, Idaho. Situated in the Snake River Canyon, it is zoned way warmer than the rest of Idaho, and raises some amazing watermelons.

Sugartown Louisiana! You should try them

Knox County Indiana. Definitely the Watermelon Capital. Who else would do this.

Knox County Vincennes IN.
BEST IN THE MID-WEST

yep, give me some Decker Indiana watermelon over any other in the world.

Kellogg, MN holds Watermelon Festival 2nd weekend in September. 2020 is the 74th year. It is the Watermelon Capital

Nah the best is Sugartown Louisiana! Sweet as sugar, and full of sweet juice! They are very red on the inside! I think they forgot about Louisiana! Lol!

Heck I thought pageland sc was

How in the world is Rocky Ford, CO not included in this list?!?

I’m glad someone put Rocky Ford on this list. Mellon capital of the world. Home of the “Rocky Ford Sweet” As a kid, I remember the arch by the liquor store with the big watermelon attesting to the fact

I live near Rocky Ford, Georgia and I know a former Watermelon Queen of the yearly beauty pageant held by the South Carolina Watermelon Association

Thank u sir wise one. Lived all over and seen many “watermelon “ braggers but no one has sand and watermelon like Oklahoma. Fields for miles and rush springs is the king of em all.

Washington Parish Louisiana. As a former watermelon queen I can say we have some of the sweetest around🍉🍉🍉🍉

If you want the best black diamond in the USA you might try and get one from Norfolk, Nebraska. In my opinion that Midwestern town produces some of the best watermelons around. Try them you will love them!!

Nah Hempsted tx is the watermelon captail we have a watermelon festval every year:_(

Nope guys and girls, truly Watermelons literally for DAYS in Cordele GA. If you haven’t been there ya can’t really say it’s not.

I cast my vote for Rush Springs.

Sugartown, Louisiana. Best you’ll ever eat – especially if you luck up & get a yellow meat.

The best watermelon in the United States comes from Hermiston Oregon, a place most of these enthusiasts for places in the South or Midwest have never heard of.